I just wanted to share a few images from our day today. I love living in a small town because everything is so personal, from the Veteran's who march, speakers at the ceremony, the cub scouts and boy scouts who read that are also my kid's friends, antique cars and tractors pulling floats, and refreshments served by the Women's Club. Everything is done by or is honoring members of my community.

Here are a few pictures from my day today. 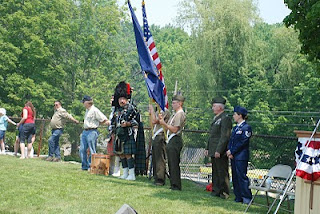 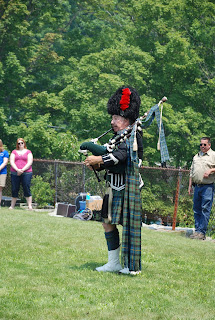 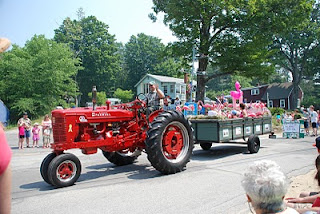 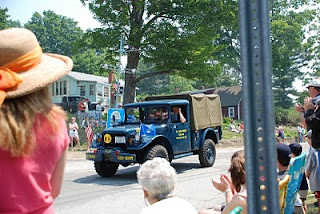 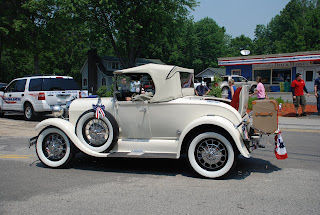 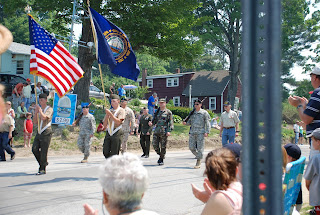 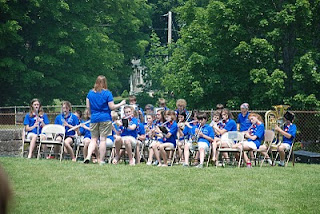 After we honored the brave who sacrificed the most so that we can enjoy Freedom, it was time to kick off summer! What is my kid's favorite summer BBQ meal? Ribs!!! They were yummy! 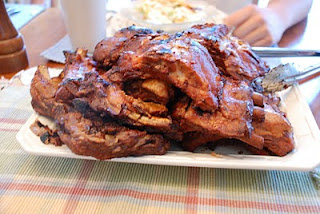 How did you spend Memorial Day?
Posted by dianne at 7:36 PM No comments:

It seems like forever since I showed you some of the pretty new yarns that have come to live at my house. A couple of these I can't believe I scored! I just happened to be on-line one night when a Loopy Ewe Wollmeise update went up. I've heard so much about this yarn and how much some people love it I decided to try it. This is the 80/20 Twin in the color Feldmaus. It's a very rich brown. I have to admit that I was surprised that it's as stringy as it is and not more squishy than it is. I have no idea what I'm going to make with it. Maybe something by Yarnissima because so many of her kits come with Wollmeise that I'm thinking that this yarn might lend itself well to one of her patterns. 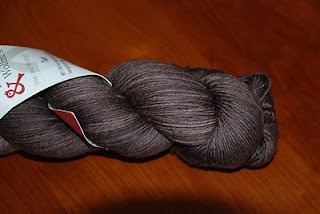 A couple weeks later there was a Sanguine Gryphon update at The Loopy Ewe. Again I couldn't believe that there were actually colors available that I liked in the Skinny Bugga. So I bought the two on the right which are Eurota Purplewing and Hologram Moth. I absolutely love them! So soft and squishy! I think it's going to have great stitch definition. Then I scored the 2 on the left from Mapleweave on a Ravelry destash. They are Swift Long-Winged Skimmer (it's actually more purple in person) and Karner's Blue. One of these is going to be wound soon and cast on! 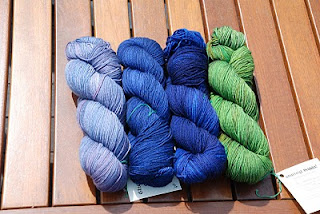 There seem to be babies being born all around me this spring! So I have been busy making baby sweaters. It can be a challenge to find yarns that are easy to care for that would be appreciated by sleep deprived new mothers. I discovered this machine washable bamboo/nylon blend by Knit One Crochet Too at my LYS. The owner has two small children and there are a few samples in the store that she made for her kids that they have outgrown. One sample was in this Babyboo, had been laundered several times, and looked fabulous. So I bought some in Denim Blue.... 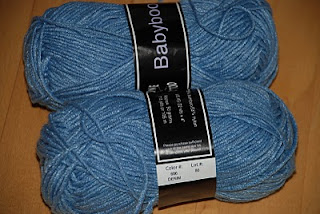 And Pink Ice. The blue sweater just needs seaming and buttons. I'll show it to you next time. 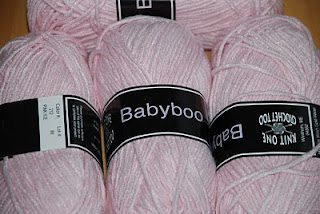 I've also had a couple clubs arrive. This is the Hazel Knits club.The colors are Cabana (top) and Surf (bottom). There was also a sock pattern, Drift (rav link), by Stick Chick Knits which looks great and I will definitely knit! 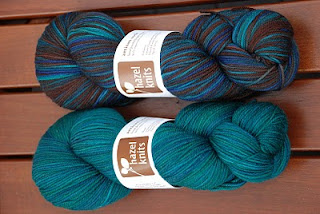 I also got a Woolgirl Oz Club Kit, We're Not in Kansas Anymore. The yarn is Mama Llama Perfect Sock which is new for me. I look forward to trying it. 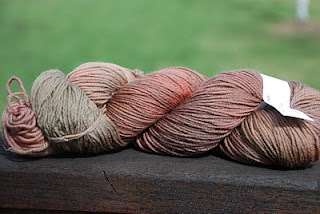 Last, but certainly not least, is some Brown Sheep Cotton Fleece in the colorway Prairie Lupine. I realized that I don't have a light weight sweater for the spring/summer that I can throw on when I'm someplace air-conditioned, like a restaurant or movie theater. So I should make one. 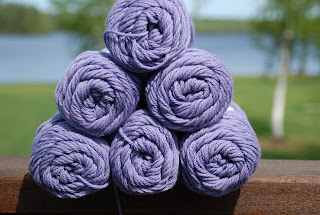 I have 2 patterns in mind. The first is Que Sera in the current issue of Knitty. I've started a gauge swatch to see if the cotton fleece will work. The pattern calls for 16 stitches in the lace pattern over 4 inches. This is 25 stitches, so it will need to block out to 6.25". It looked a little small so I gave it a quick measure. Hmmm. It's 5.25". Will it grow an entire inch in blocking? That seems like a lot to ask, and what will the fabric look like stretched that much? Should I keep going and see how it comes out? Change needle size? Or jump projects and make this another time with a heavier yarn? 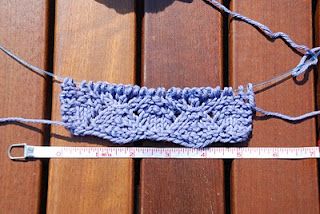 The other project I have in mind for this yarn is CeCe by ChicKnits. I still need to download the pattern and swatch, but the recommended gauge is 5 stitches per inch in stockinette. Coincidentally, that's the recommended gauge for the yarn as well. I'll be sure to show you those swatches as well once I do them, but I think at this point CeCe might be a better fit for this yarn.

Next time I'll show you some of the knitting that's gone on in the last couple weeks!
Posted by dianne at 3:27 PM 1 comment: