There are so many ways I would like to finish that sentence. But how about we go with "Here's your hat, what's your hurry?"  Most of this past month has been consumed by major health issues and if I'm being honest, scares, with my oldest son and my mother.  The short story is that my oldest son had a bowel obstruction.  The good news is that the surgeons at our local hospital, which is part of the Dartmouth-Hitchcock Medical school system I am thankful to say, were able to resolve the blockage without surgery.  The bad news is that it did end up taking nearly 5 days and he was hospitalized for 6 days.  He's doing great now and has resumed all his normal activities like nothing ever happened!

During Matthew's hospitalization my mother was hospitalized with what turned out to be multiple issues that took time to identify and even more time to resolve.  She was transferred to a major medical center which is located an hour's drive from home and spent 2 weeks there.  This weekend she was moved to a nursing home much closer to home.  The hope and goal is that this will be a short term rehab stay.  I wish I could say that I am seeing good progress in her condition, but sadly I'm not. I've been trying to do my best to help not only my mother through this, but my dad as well.  So much information to absorb and so many questions that needed to be asked.  It has worn us both out!  If you are so inclined and could remember my mom in your prayers, my family would greatly appreciate it.

I have managed to squeeze in a bit of fun though.  I made it to all but one of Chandler's lacrosse games.  He was a proud and happy kid to put on that school jersey and play! Almost forgot, he got his license too.  Perfectly timed as luck would have it, as he got it literally two days before all heck broke loose! 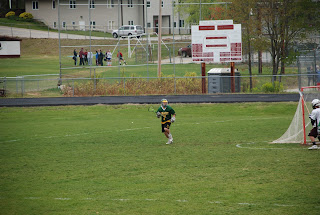 I've knit a sock from the March RSC kit and am on the heel turn for the second sock. 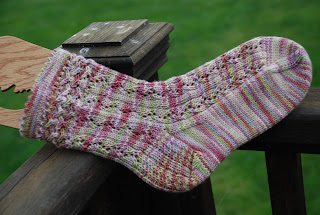 Today I decided I needed a little retail therapy.  My LYS just got in a big shipment of Madelinetosh, so I treated myself to a sweater's worth of Vintage.  The color is Mourning Dove and I'm planning to make Narragansett by Baby Cocktails with it. 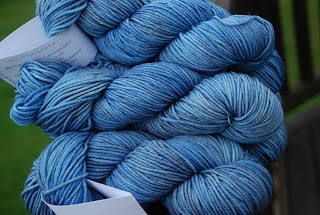 I also picked up this handy tray system for starting seeds.  I want to plant a small garden again this year.  I think I'm a little late to be starting, but... what the heck.  If it doesn't work out I'll go buy some plants to put in later. 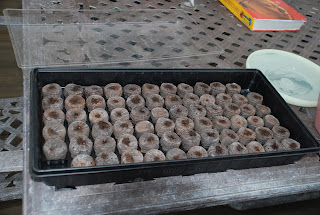