A Random Catch Up

I can't believe it's been nearly a month since I last posted. There has been lots going on in my life, so here's a quick post of some of the random things I've been up to.

I was late planting my flowers and garden this year :-(  My hangers and deck planters are finally nicely filled out.  My garden is doing pretty well too, except that my corn didn't come up this year and my zucchini plants have that powdery/mildewy thing again this year.  I made sure they were plenty spread out and only water in the morning.  I'm wondering now if I have diseased soil?  I don't know, but my peas, green beans, cucumbers, carrots and tomatoes are doing great.  I should be picking cukes by the end of the week! 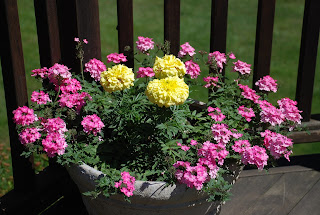 The dogs have been into all kinds of trouble this year.  Neal had a growth removed from his foot and it has been an EPIC battle to keep his foot clean and dry.  We've been to the vet 4 times in 10 days between him pulling his bandage off, sneaking out of the house and walking into the lake, etc and so forth.  Stitches come out Tuesday!  Yippee!

Emma has found all kinds of goose poop to roll in, even though we clean it up every. darn. day.  But little white dogs who roll in goose poop and then wish to sleep on my bed at night get baths before bedtime.  She's not impressed, but she sure smells better! 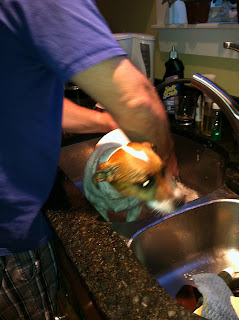 Tom took off the week of July 4th and we had a Staycation.  After years of wishing we had a jet ski, we finally caved this year and bought one.  We're having lots of fun with it :-) 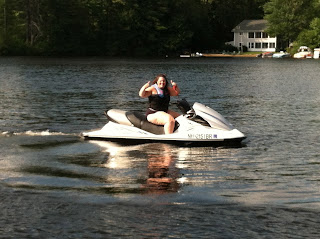 My favorite little munchkin came to spend a couple days at Auntie Dianne's :-)  She is so much fun!  She's 17 months old and a busy, curious little girl.  We played ball, bubbles, side walk chalk, walked the dogs, climb on everything, and played by the lake.  She's not the only one slept well at night! 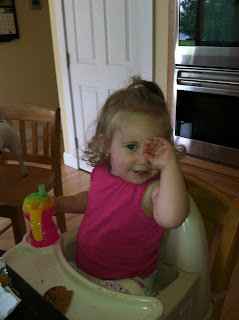 I was summoned for Jury Duty for the month of July.  So far my name has not been pulled to sit on a case, but I go again next week for selection again.

Chandler and I have also been visiting colleges he'd like to consider applying to.  Last week we went to Stonehill College and Boston University.  Tomorrow we're going to University of Vermont.  He still has 8 more schools on his "potential" list, so we'll be spending a lot of quality time together in the car.

I have managed to get some knitting in too.  I'm working on a Chelsea Market Hat.  I really like the pattern so far. 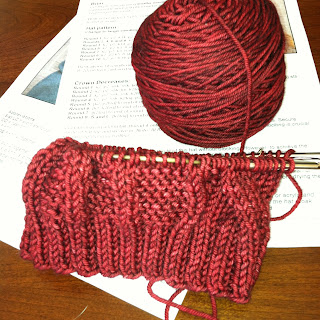 I started Tiberius from the Cookie A June sock club. 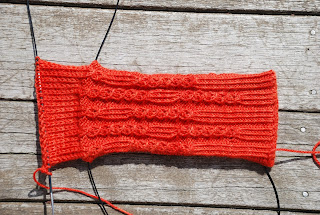 And I finished Dumbledore's Christmas Stockings.  I used Socks That Rock lightweight in a millend that I had in my stash.  I'm really happy with them.  This is definitely a raven color way and I did have some dye come off on my fingers while I was knitting them.  They'll need a vinegar bath before I wear them, but that's not a big deal.  The fit is great on these and I expect they'll get a lot of wear! 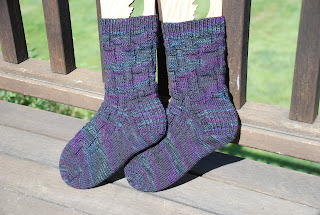 They are also my first finished pair of socks for the 26 Pair Plunge.  I fell really short last year on the plunge, only completing 13 pairs of socks, but I'm going to try it again.  It's only 2 pairs of socks a month plus a couple.  Totally doable, right?
Posted by dianne at 2:15 PM