Are you ready for the Olympics to start? I'm almost ready. I'm participating in the Ravelympics on Ravelry and I have a long list of projects I'd like to work on.

First though I've been trying to get a few things finished up. This is a hat for Chandler and it matches his hockey jersey perfectly. 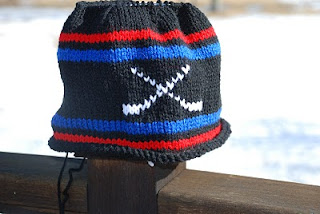 There is another mom on the team who knits also and she started this hat madness by making a hat for her high school son. And then another one for a friend, and another one, and then one for her son who is my son's teammate. And another one. She shared her personal pattern with me and I jumped on board to make one for Chandler. I suspect there will be a few more cranked out by the end of the season :-) Maybe 11 more between us to be exact, but we'll see. I expect I'll finish this one this afternoon with earflaps and braids and it will be ready for the rink tonight and this weekends 5 games. 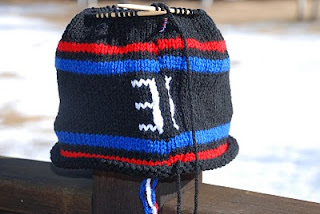 I've also been doing some baby knitting. This is Geordie by Louisa Harding in progress for my niece who is expecting her first baby in March. Her shower is coming up soon so I need to finish this up! 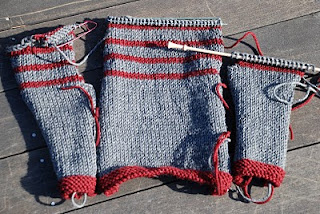 For the Ravelympics I am making another attempt at the very popular February Lady Sweater. I have joined Team Blue Moon and am participating in the Sweater Board Event and the Stash Dance event. I bought this yarn, Blue Moon Fiber Arts Luscious Single Silk, in December 2008/January 2009 to cast on last February. Although I got gauge, even after washing my swatch, it was coming out too big. So I frogged it and it's been sitting waiting to restart for many months. I'm ready to cast on tonight during the Opening Ceremonies! 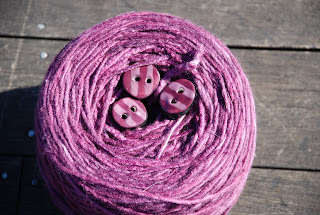 I also have a few sock projects I'd like to tackle, but realistically, I'm sure the FLS will be more than I can handle. Unless the house cleans itself, and my family completely fends for itself. Chances of that happening though are probably slim to none :-)

Do you have anything special planned for the Olympics?
Posted by dianne at 10:59 AM