It's that time of year again..... Socktoberfest!

I've finished my first pair for the month.  They are from the September/October KAL with the Hazel Knits group on Ravelry.  The pattern is by Melissa Goodale of Stick Chick Knits. 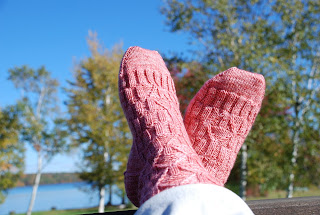 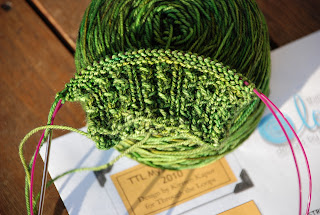 And this is my progress after the second clue.  The third clue will be released on Friday. 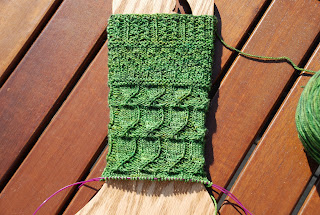 I also have the 2008 mystery sock on the needles. It's a fun combination of lace and cables.  I hope to finish these by the end of the month, but I really need to pay attention to the pattern, so they are not a great option to throw in my bag while I'm at the ice rink for my son's hockey practice. 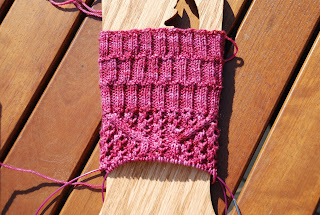 Besides that, I realized that all 3 patterns that I have been working on have cabling in them and I'm ready for some variety.  So I'm trying to decide if I should pull out a SIP that I have ignored for a while or cast on something new.  I'm leaning towards casting on, since I have some STR in the color Rocktober that I am itching to knit up.
Posted by dianne at 7:50 PM