A little catch up

It seems like it's been a while since I've had a post full of good knitting content.  There's been plenty of knitting going on here, so let me show you everything I've been working on.

I"m sure you remember that in my quest to find my sock knitting needles, I found some WIP's.  I finished one sock, the Queen of Beads from RSC from January 2009. (Not the best picture of the sock, but an awesome picture of my patio table) I still have the second sock to so, but at least the first one is finished! 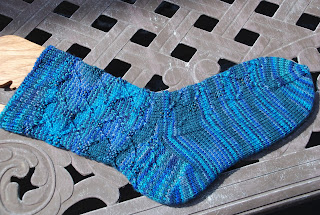 I also had Wanida under way.  I started this while on a cruise in November and hadn't touched it since I got home.  In reality I was not loving the wicked pooling so I hadn't picked it back up.  I think I would be happier with both the pattern and the yarn if I found better matches for both. 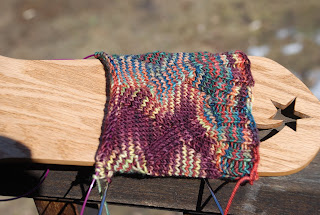 So it got frogged. 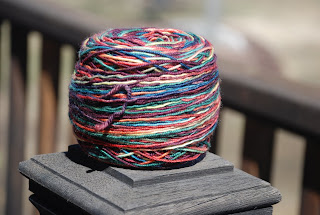 My Mystery sock continues to grow.  I've actually turned the heel and finished the gusset decreases but forgot to take a current picture today. 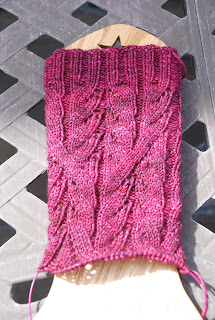 I cast on Mona for the Knit Sock Love April KAL.  I don't have much done yet, but I wanted to get it started. 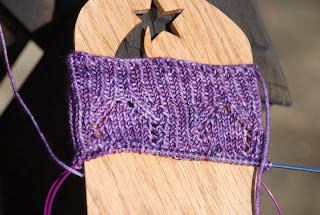 I finished the first sleeve on my Flint sweater.  I was hoping to finish it by this weekend but clearly that is a bit optimistic.  Maybe I'll finish it during the weekend :-) 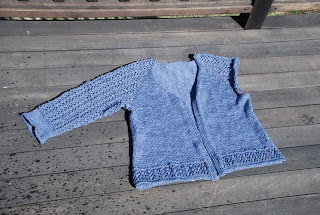 Last, but not least, I have a finished project!  Yippee!  This is Miller's Hat by Kirsten Kapur/Through the Loops Designs.  I used Malabrigo Rios in Ravelry Red.  This was the first time I used Rios and I have to say that I loved it.  It's very soft, has a nice twist and loft, great stitch definition, and it's a super-wash wool.  I'll definitely use it again and I would recommend it as well.  I think it would be a great sweater yarn too. 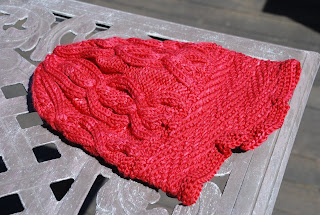 I have some new yarns to show you too, but this post is long enough.  I'll share those with you next time!
Posted by dianne at 9:25 PM