Cancer. It's an ugly word and one that no one wants to hear their doctor use to describe their situation.  It is the word I heard though the day before Thanksgiving, when my surgeon called to let me know that the lump that was removed from my reconstructed breast, the lump that was thought to be nothing more than some scar tissue, was in fact invasive breast cancer.  My diagnosis was a shock to me and my surgeon.  It was a situation that he had never seen before and he assured me that he had already begun the process of reaching out to the doctors that would make up my team of care providers going forward, that there would be significant input from all of them and we would approach this as a team and make sure no rock was left unturned and no question was left unanswered.

Without delving in to all the particulars that have gone on over the last 4 months, I will just say that I have had many starts, stops, and redirects in the collection and interpretation of information.  I have been to Dana Farber Cancer Institute and have a team of providers there as well.  Although my particular situation is very unusual, my particular cancer is actually quite common and very treatable.  My local doctors and my team at Dana Farber came to the same conclusions for my diagnosis and both had the same recommendation for treatment.  There is some comfort in that.  Both teams assure me that at the end of this journey, I will be cured.  I am looking forward to that very much.

So why am I sharing all this now you may be wondering?  My treatment plan is quite long.  52 weeks to be exact and I am currently in week 5 and already behind schedule.  My dear friend Marie asked me if I had considered blogging about this, or journaling it, because there may be times that writing about it may help me cope with all that is going on.  I may want to vent or I may want to share something that has lifted me up.  It's the lifting me up part that I just want to shout from the rooftop right now!

Last week I reached the point in my chemo where enough of my hair had fallen out that I had become very self-conscious of how I looked.  My youngest son, Chandler, had told me at the beginning of this journey that if I lost my hair he was shaving his head too. 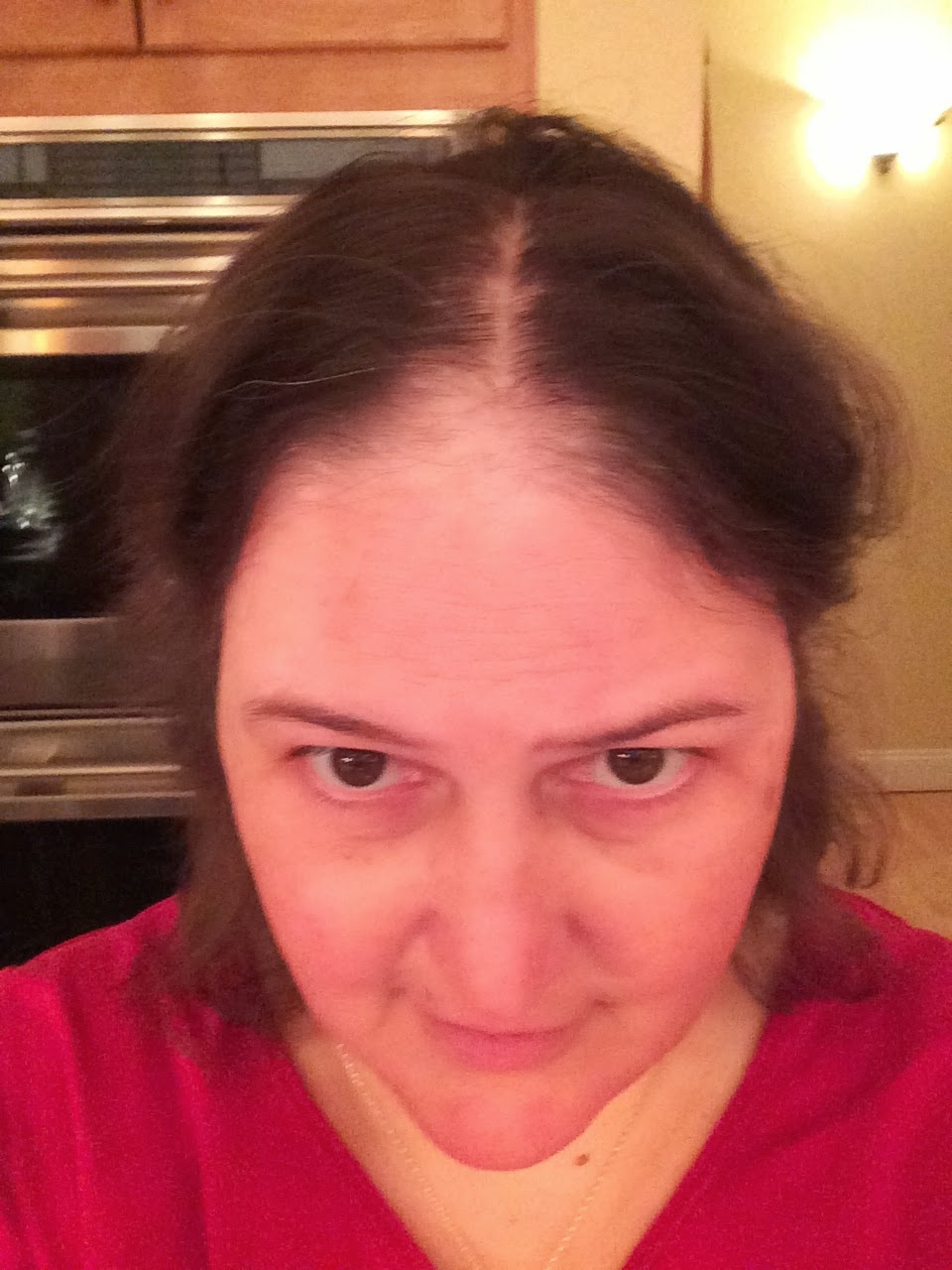 My forehead had turned into a five-head and the hair on my sides and back had gotten ridiculously thin.  The only place I had any significant hair left was on my crown.  It was not a flattering look!  It was time to shave my head. 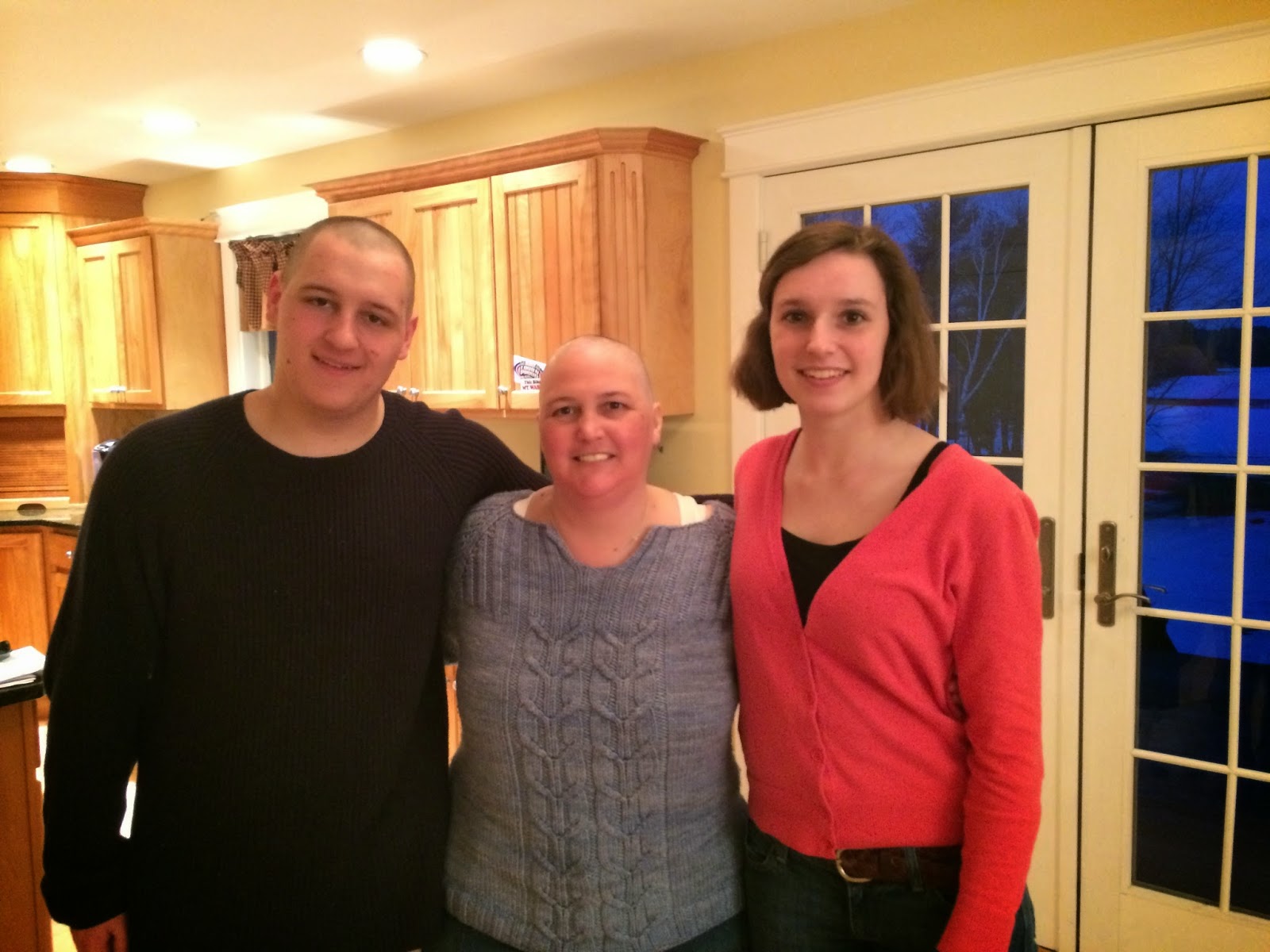 Chandler called Megan, his best friend who lives next door and who is the daughter of my heart and I love like she was my own kid, and she came over to shave our heads.  Then she cut 10 inches of her own hair off and donated it to Locks of Love. 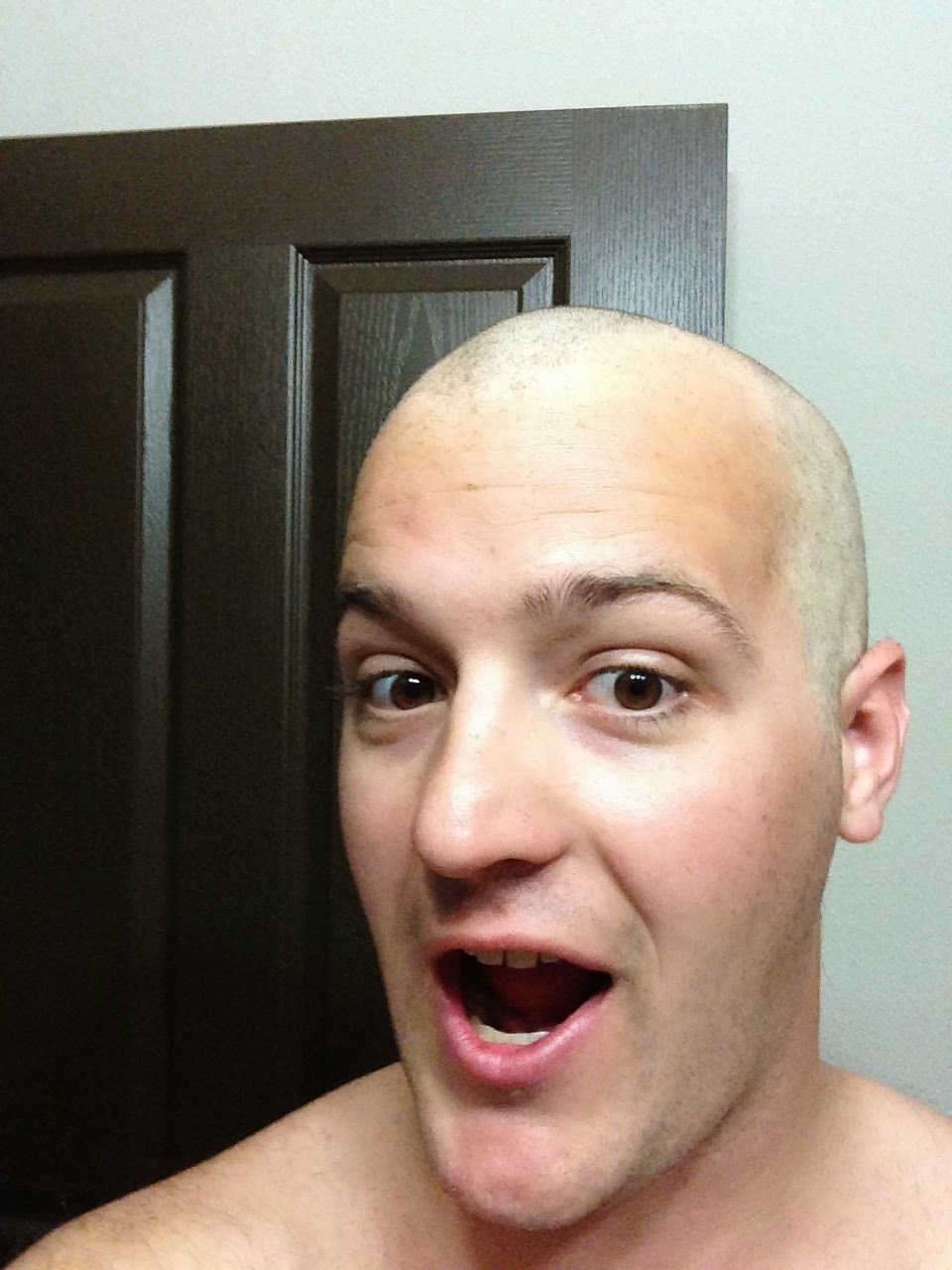 We texted pictures to Justin, who is at school in Alabama.  Not 15 minutes later I got this picture back from him, with the comment "For the first and hopefully only time in my life, my mom and I have the same haircut" LOL

The next day after school, Chandler showed me a picture of one of his friends who had also shaved his head. He posted his picture on instagram with the comment "For you and your mom, bro"

It's very heartwarming when your friends check up on you and seem to show up at just the right time with just the thing you need to boost you up.  But it is quite another when the young people in your life shave their heads and donate their hair, just to show you what you mean to them and that they want to stand with you too.  There are no words to describe how full it makes your heart, and right now.... mine is bursting. 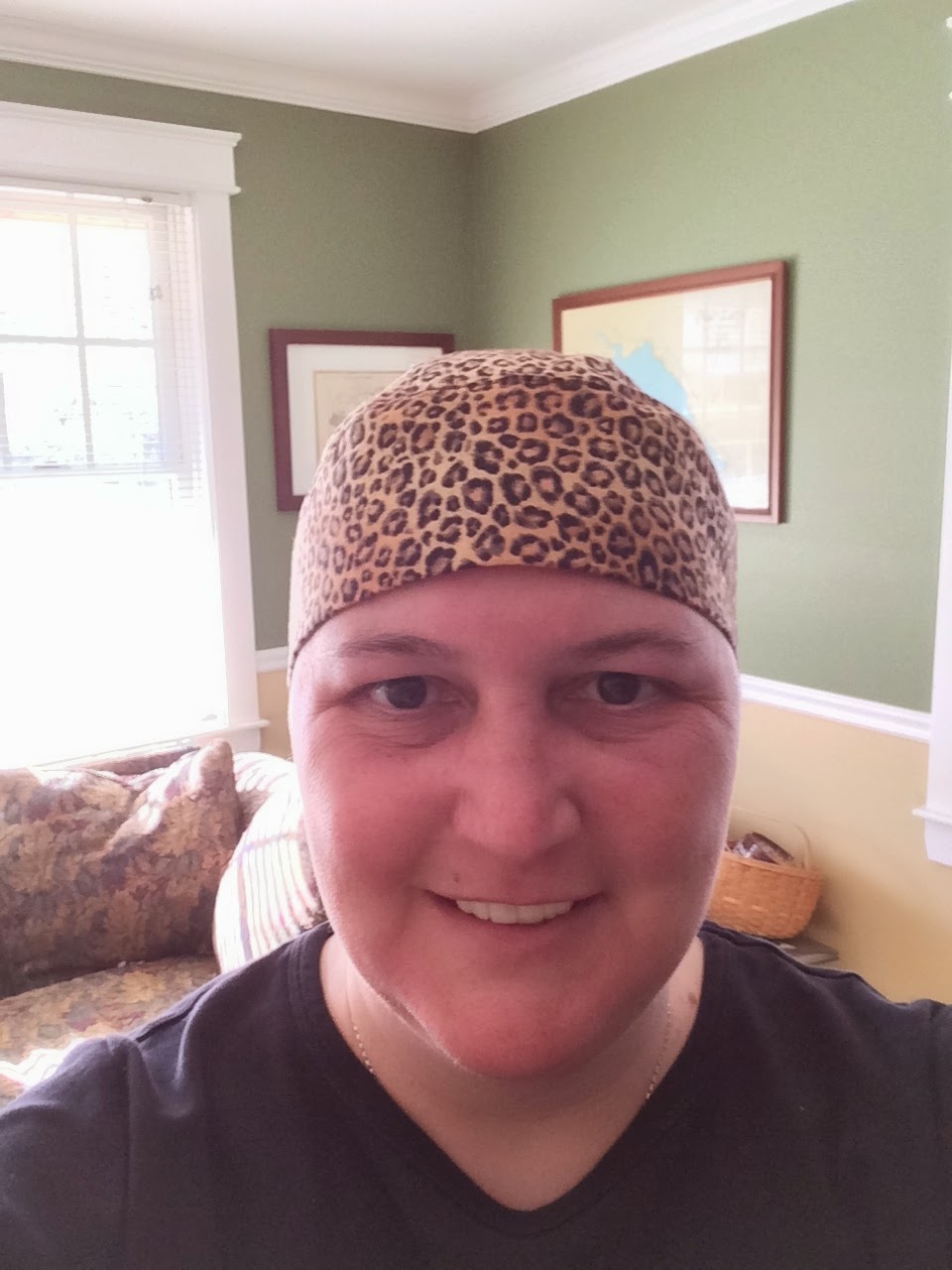 There will undoubtably be a parade of hats to keep my head warm over the next few months or so.  Today I'm feeling a little badass though, wearing my biker chick head wrap that my hubby got me at the Harley Dealership.  It's a good day :-)
Posted by dianne at 6:01 PM