Last weekend we had a fantastic trip to Alabama to celebrate our son's graduation from The University of Alabama!  There were so many emotions over the weekend, but mostly we are just proud!  After 5 years of studying, internships, horrific tornados,  sunny skies, friendships, and all the experiences that make up a college experience, it was a little bittersweet to see it come to an end. And very exciting!

I have a ton of pictures to share with you from our day.  The ceremony was held in Coleman Coliseum, which is the Basketball Stadium.  This is pre-ceremony, waiting for the graduates to process. 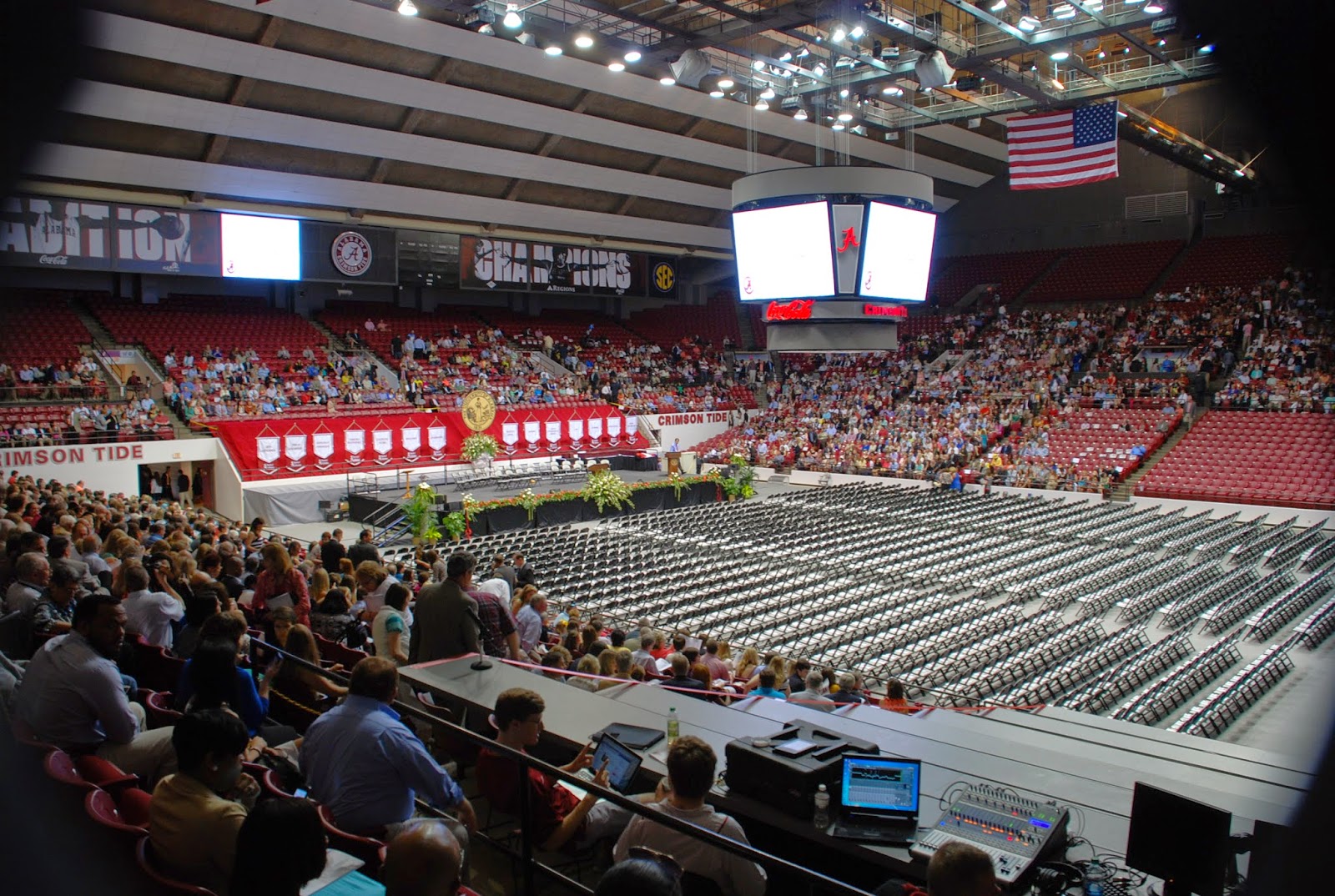 Justin was on the Big Screen during the procession!  He's 2nd from the left in the top left corner. 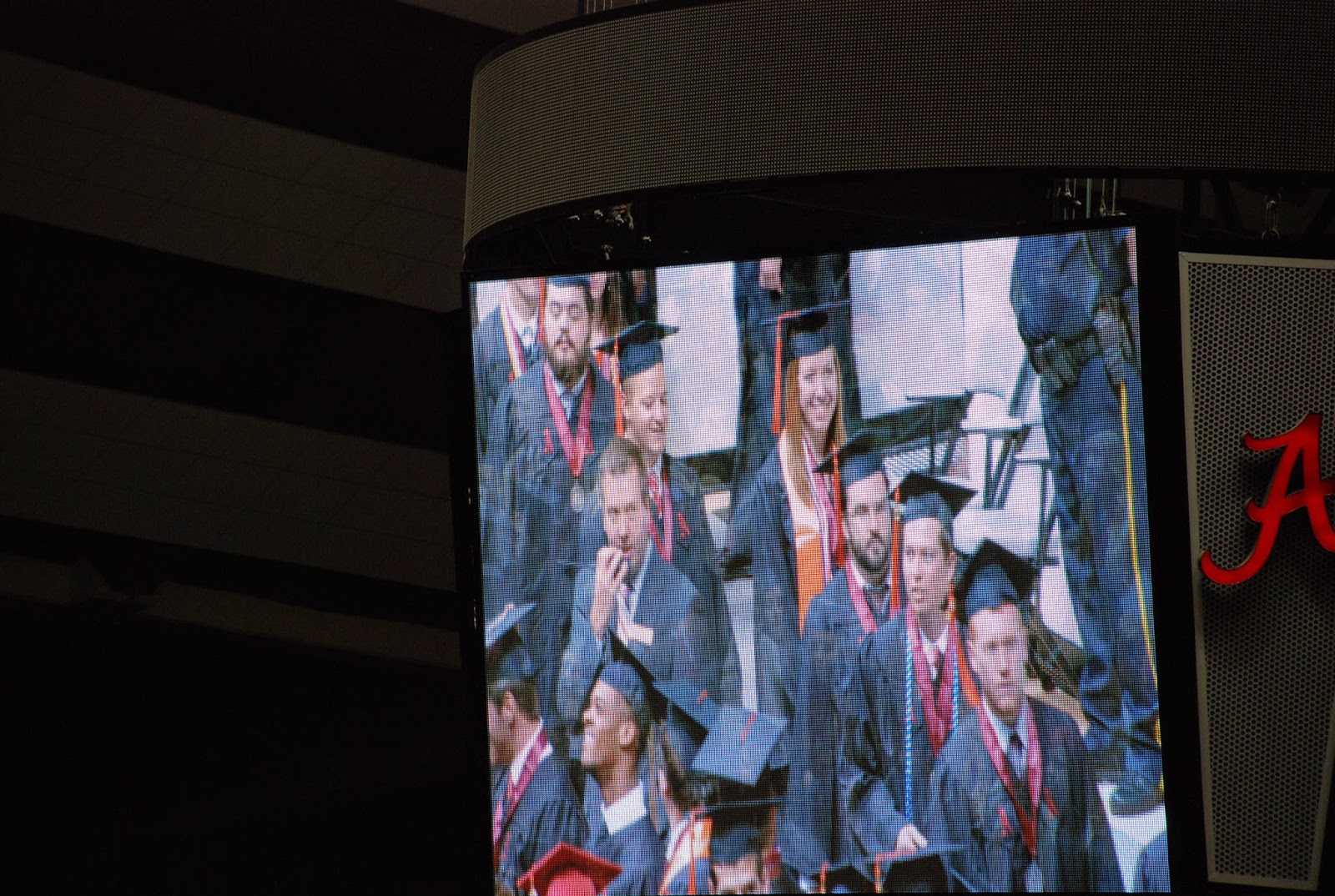 Here he is handing his name card to the gentleman who announced every graduate. 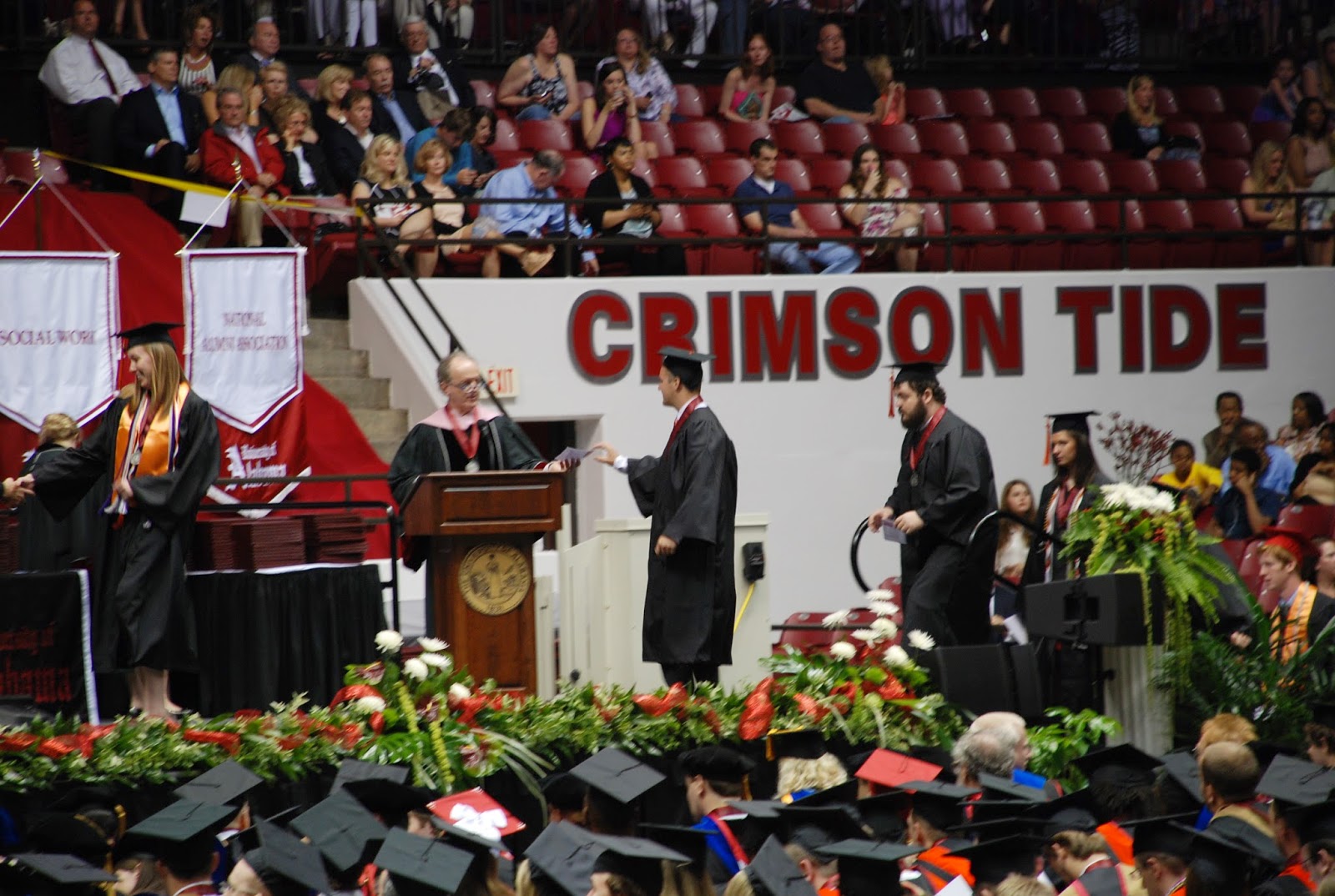 And shaking hands with Judy Bonner, the President of the University.  We were very pleased to see that every graduate had their name announced and was greeted by the President. 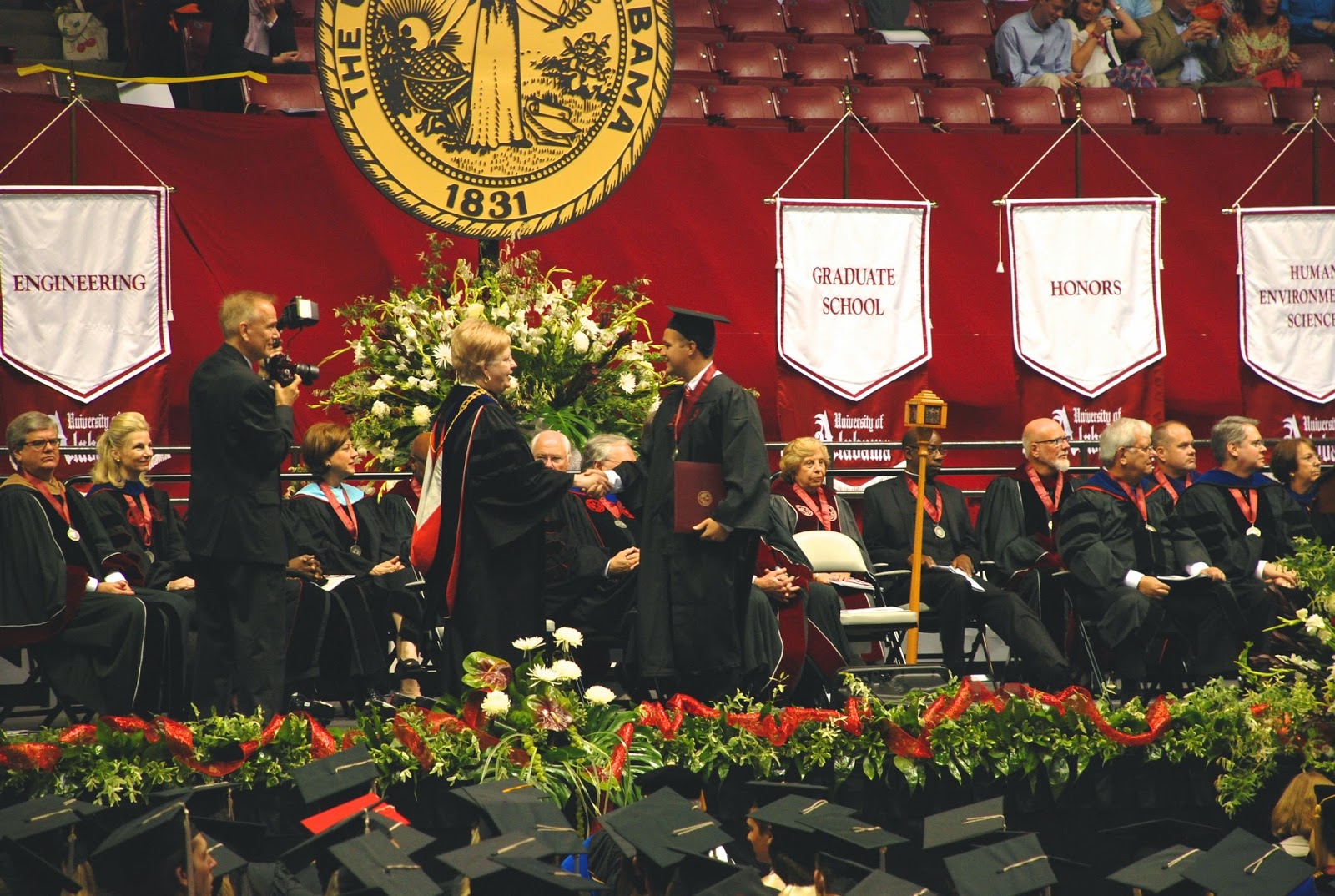 I love this picture Tom took of him after he came off the stage.  The smile says it all :-) 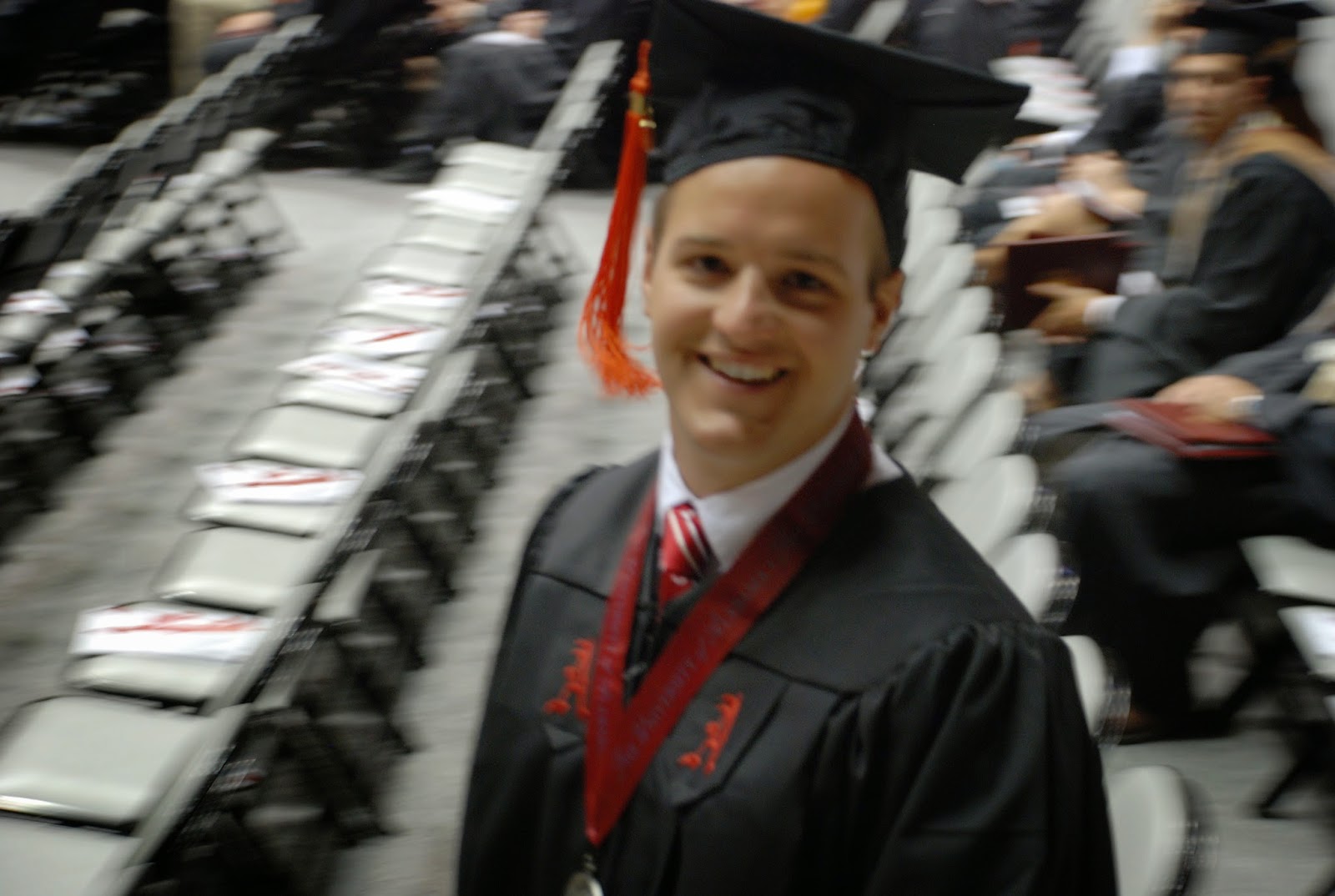 After the ceremony ended I told Justin that we could not leave campus until he had AT LEAST one picture of himself, in his cap and gown, in an iconic place on campus.  He thought I was a little nuts at the moment, but then we had some fun with it.

Off we went to Denny Chimes with Justin and Carly leading the way! 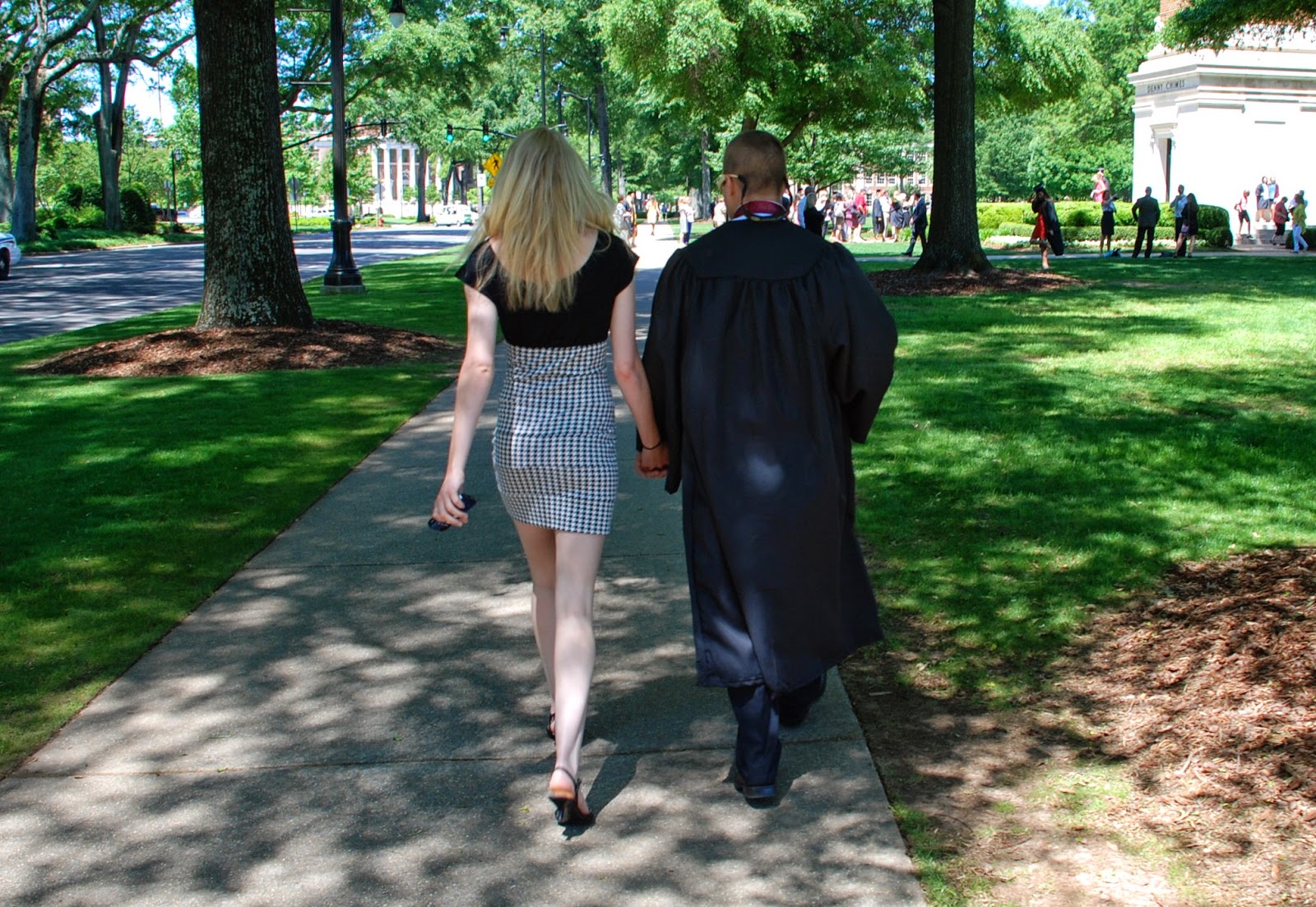 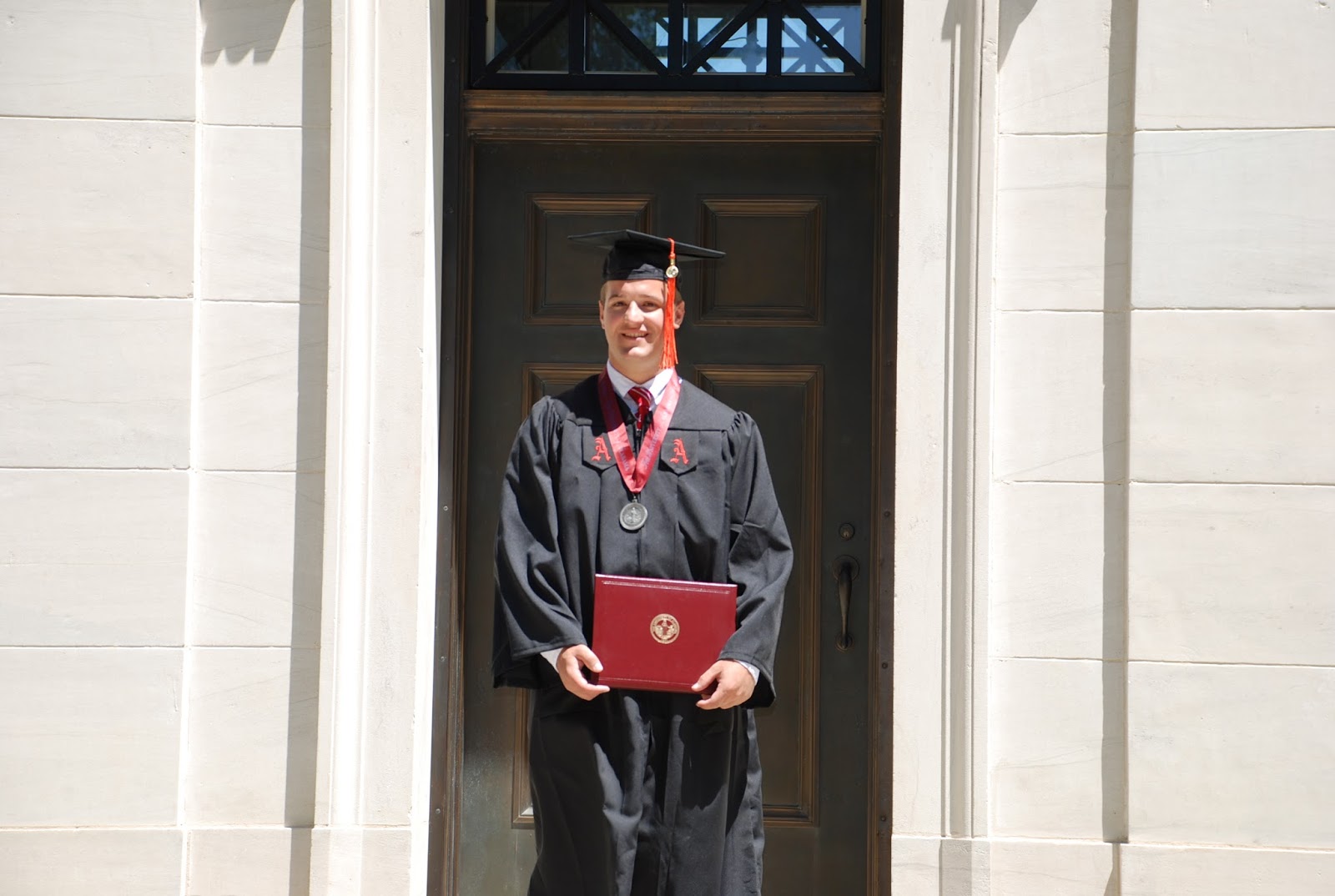 I love this family picture at Denny Chimes!  My dad came with us on the trip and had a fantastic time too. 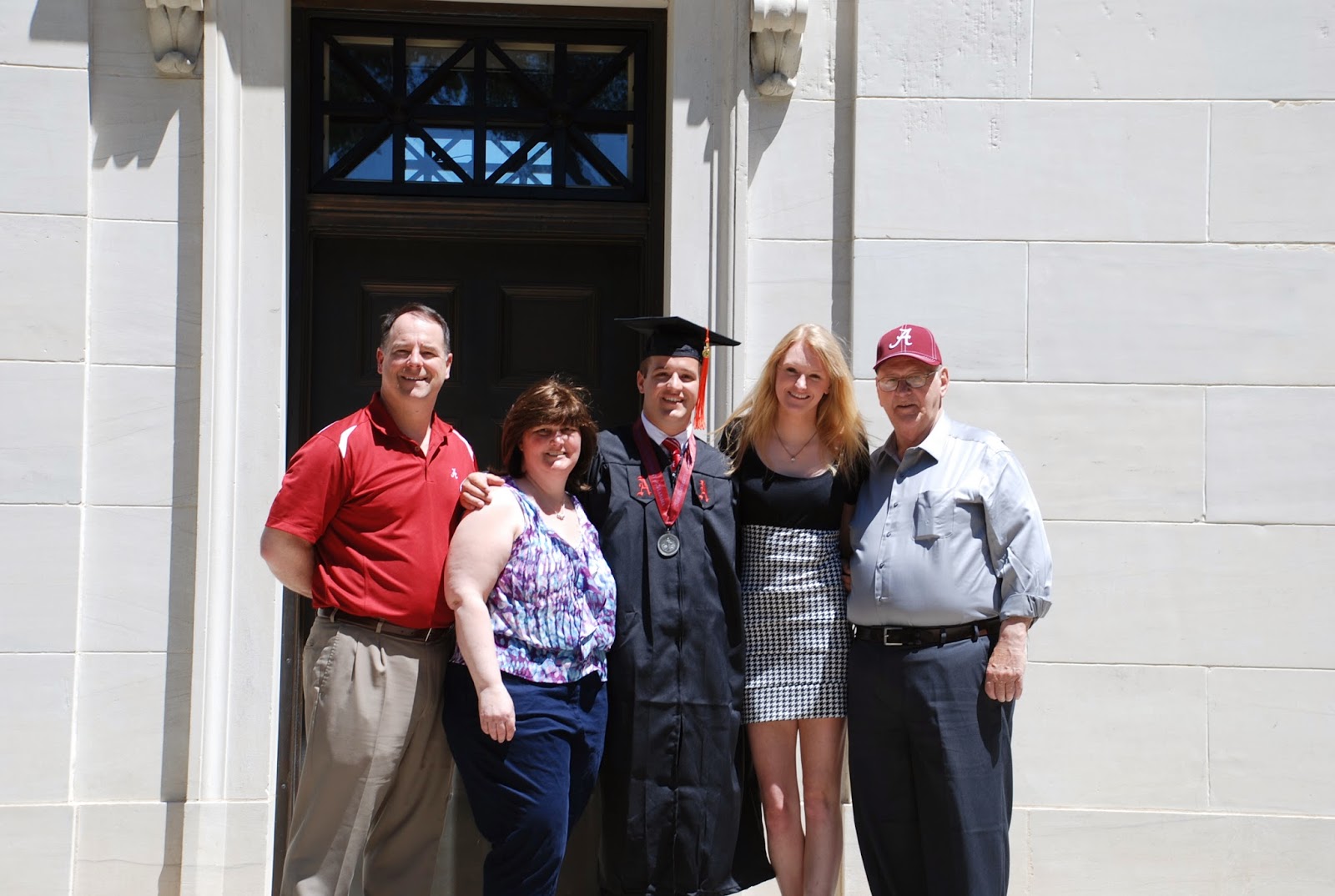 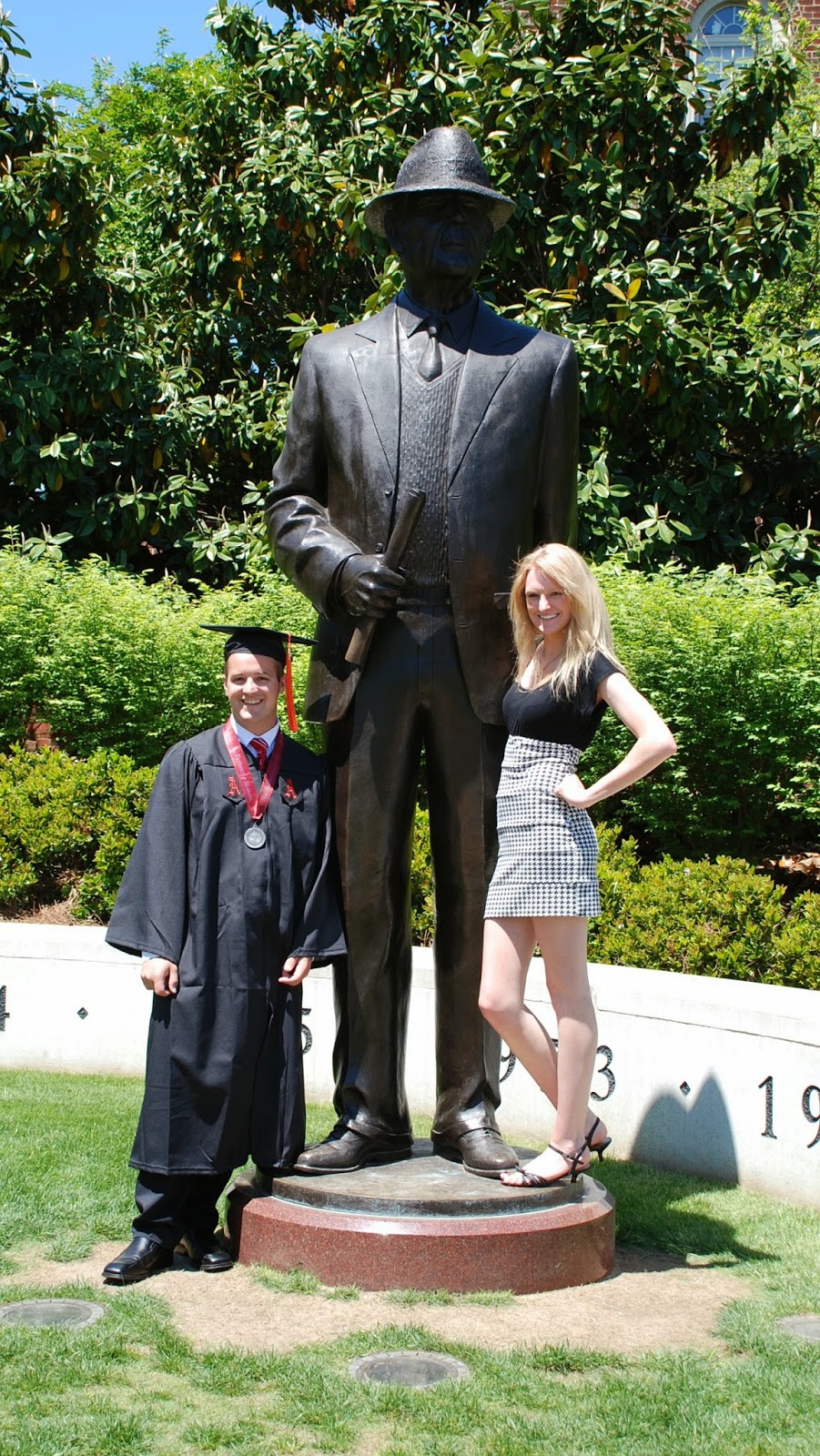 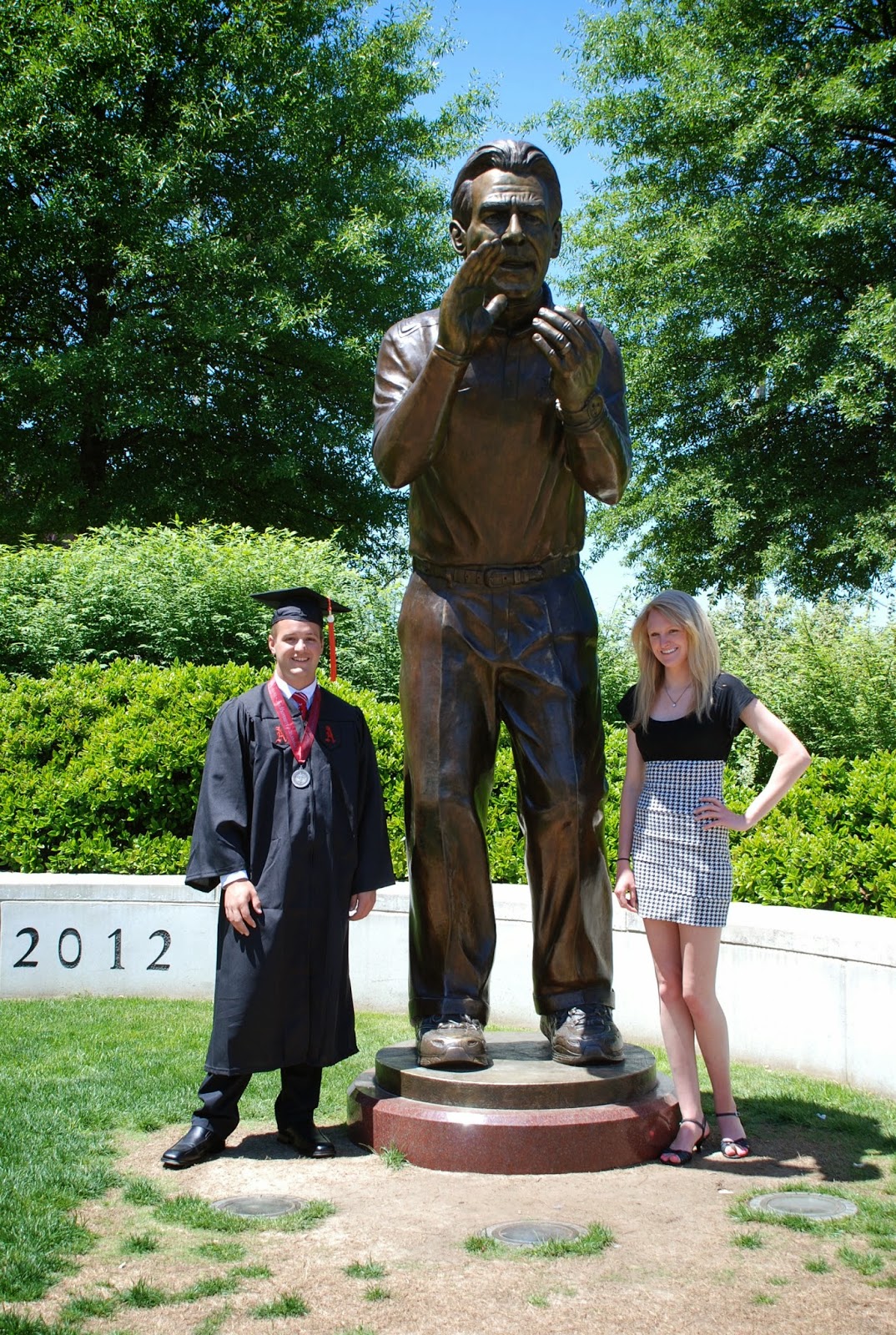 And of course, in front of the stadium. 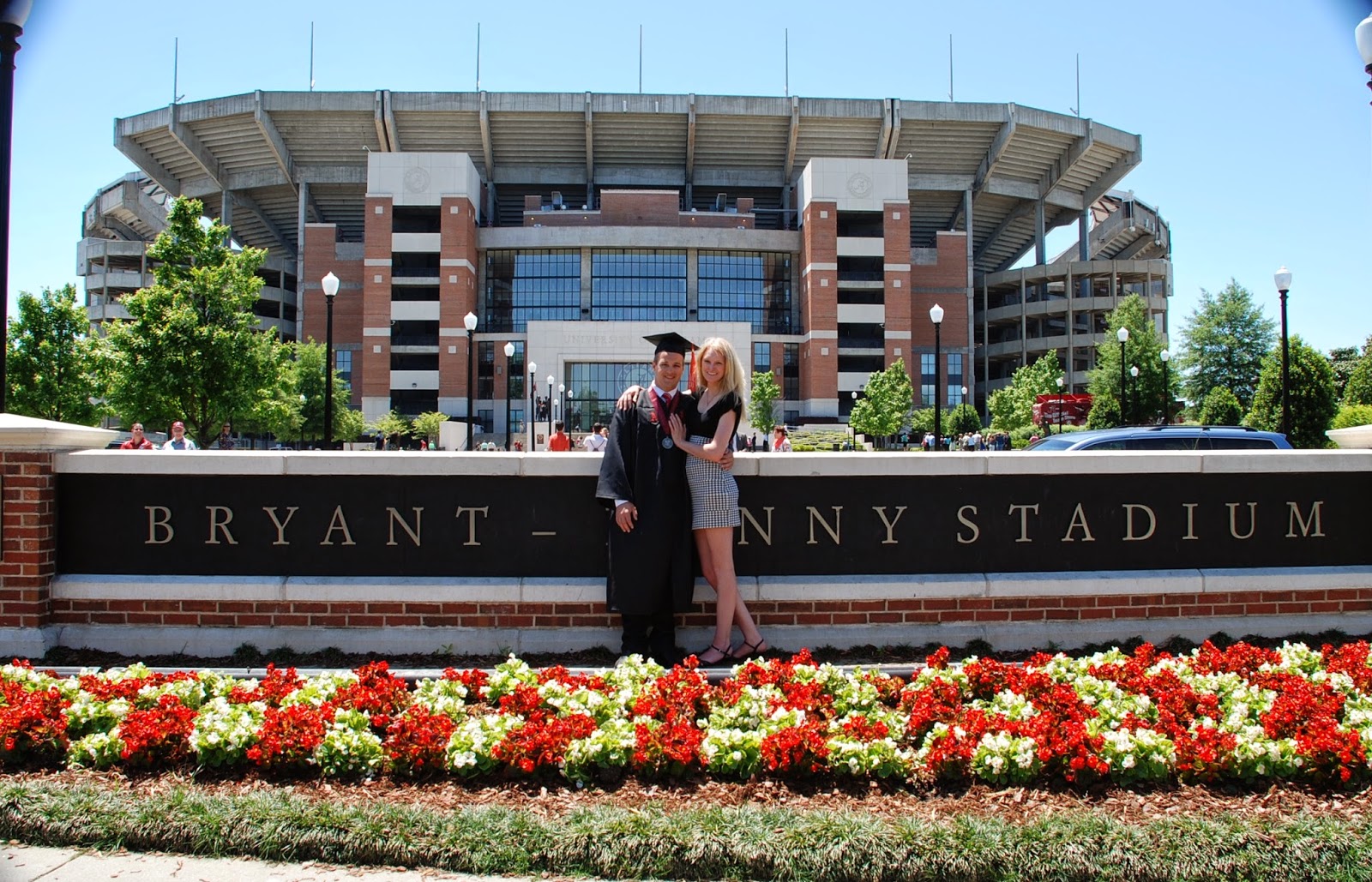 Later in the day, the Ski Bama kids decided they wanted to have a cookout at the lake for the team members that graduated. 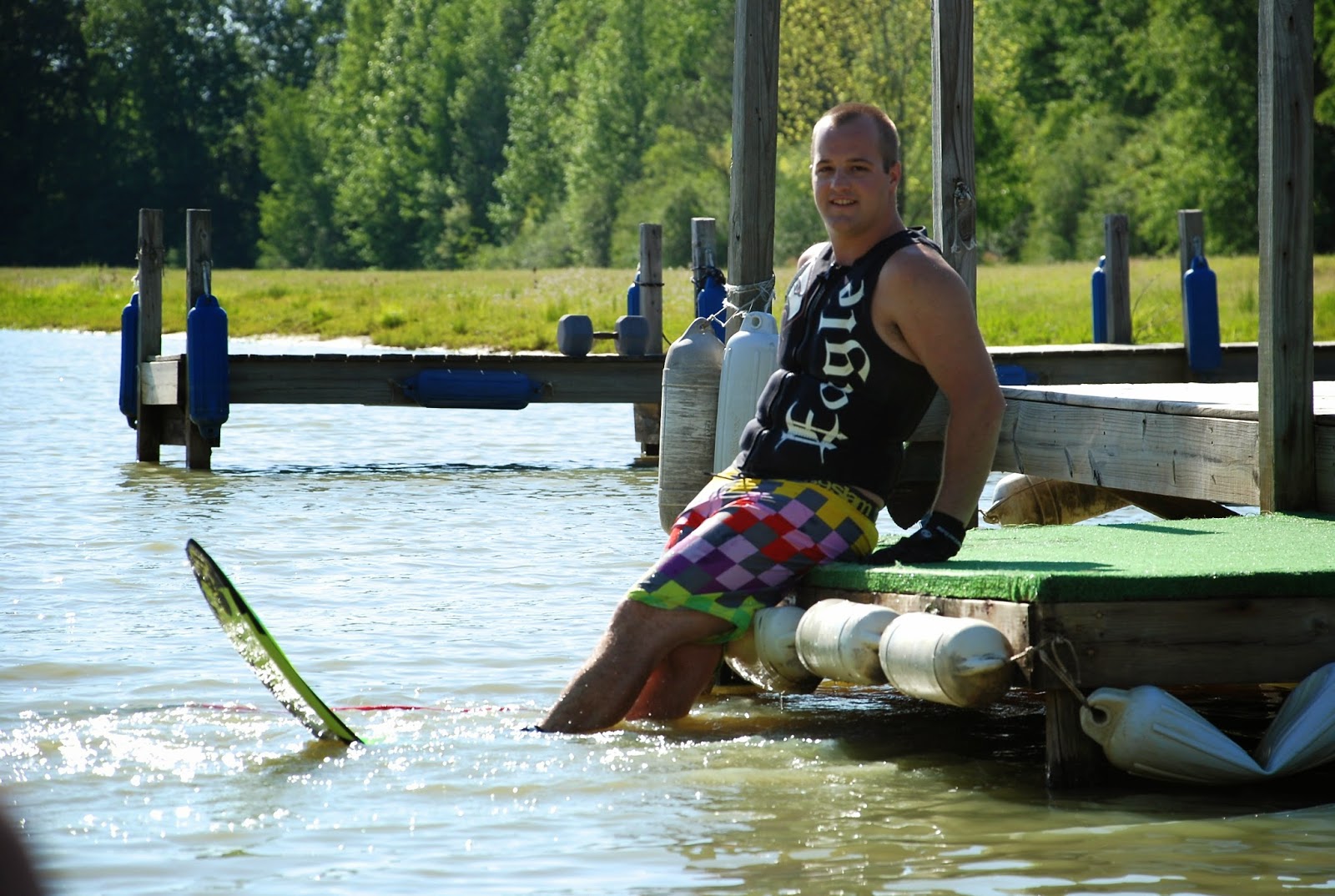 You can't go to the lake without going for a ski!  I think you can tell from his smile what this place and teammates mean to him.  They have been his family at school for the past 5 years. 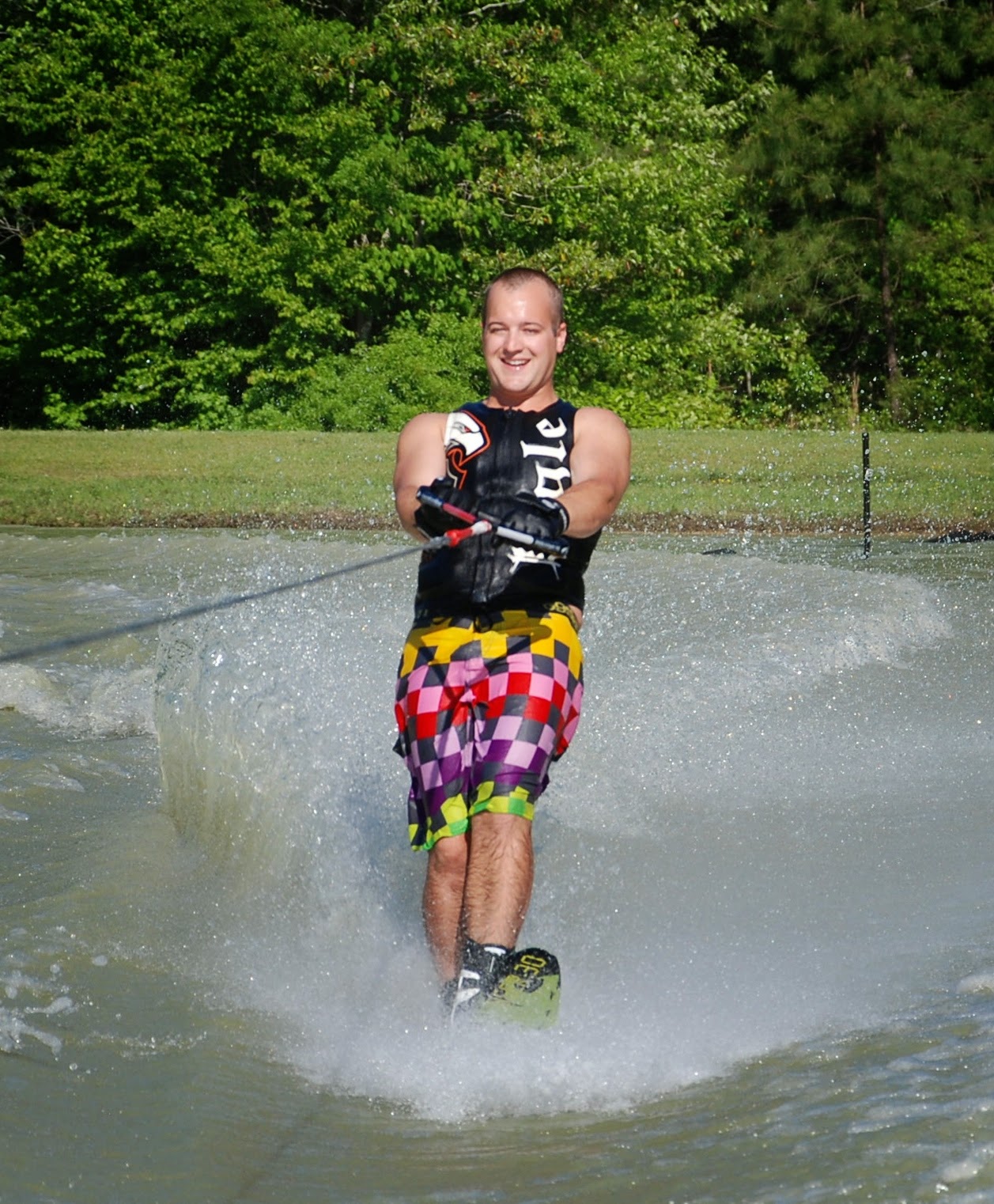 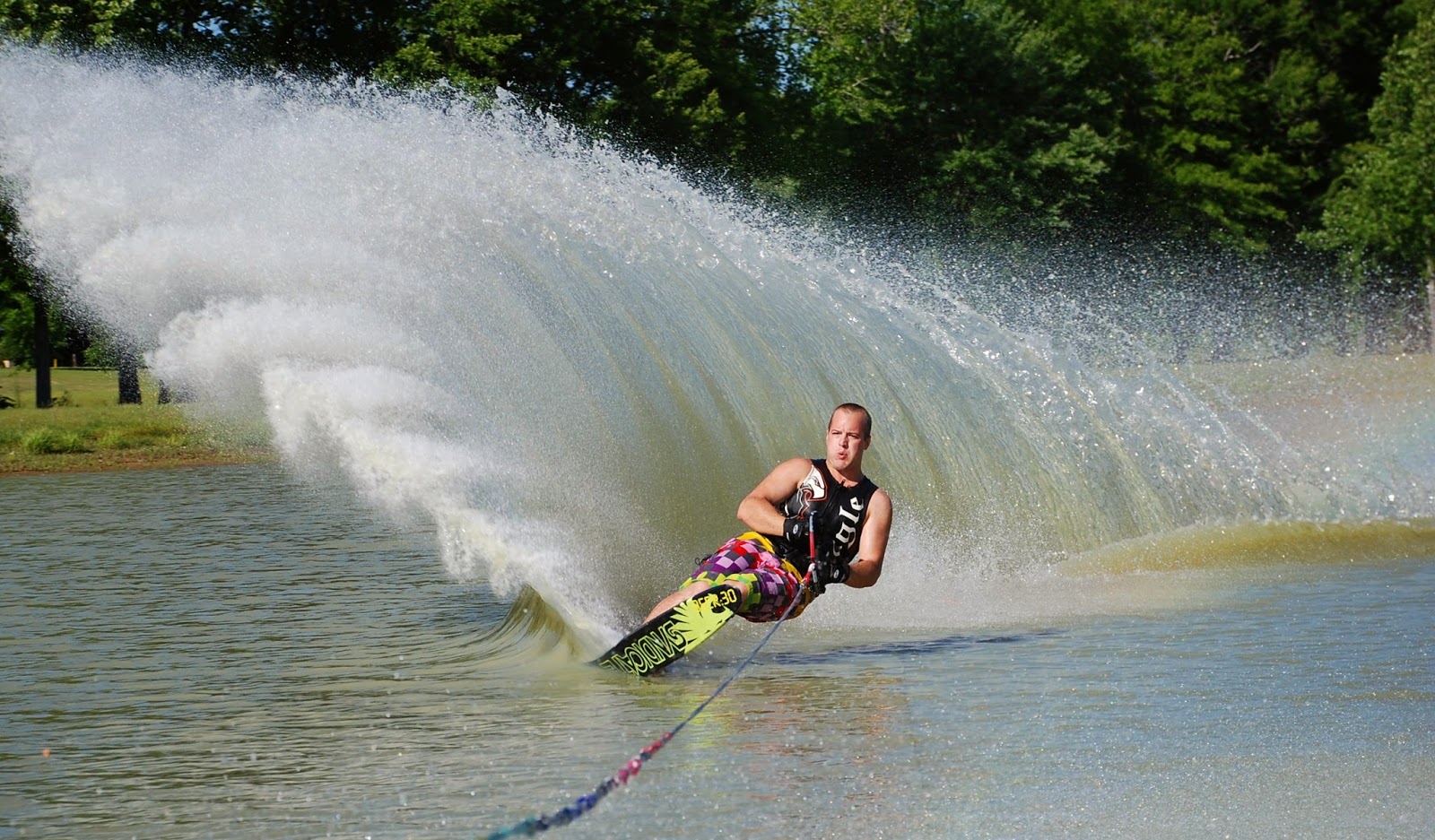 A little team work to get the charcoal started so they can cook. 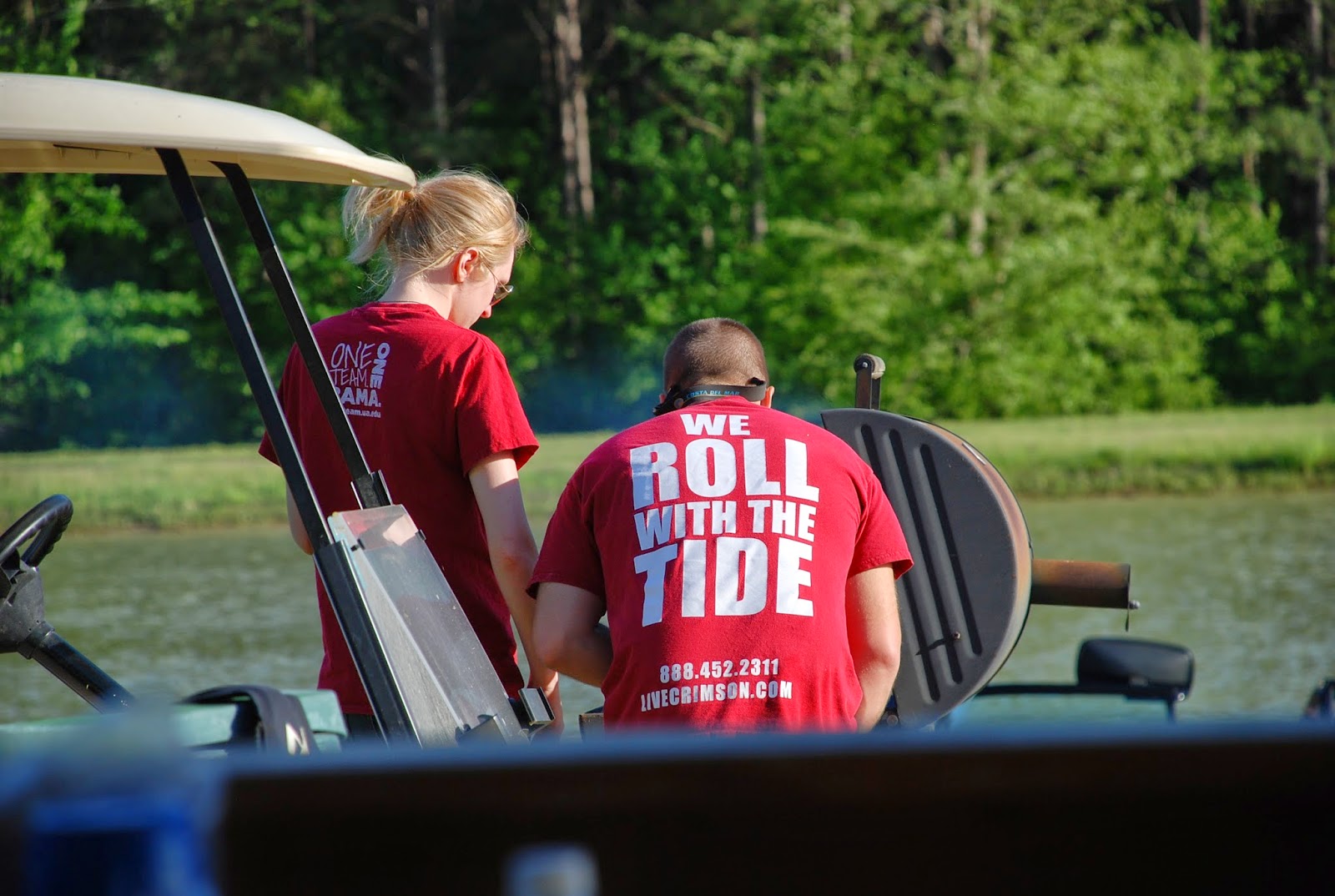 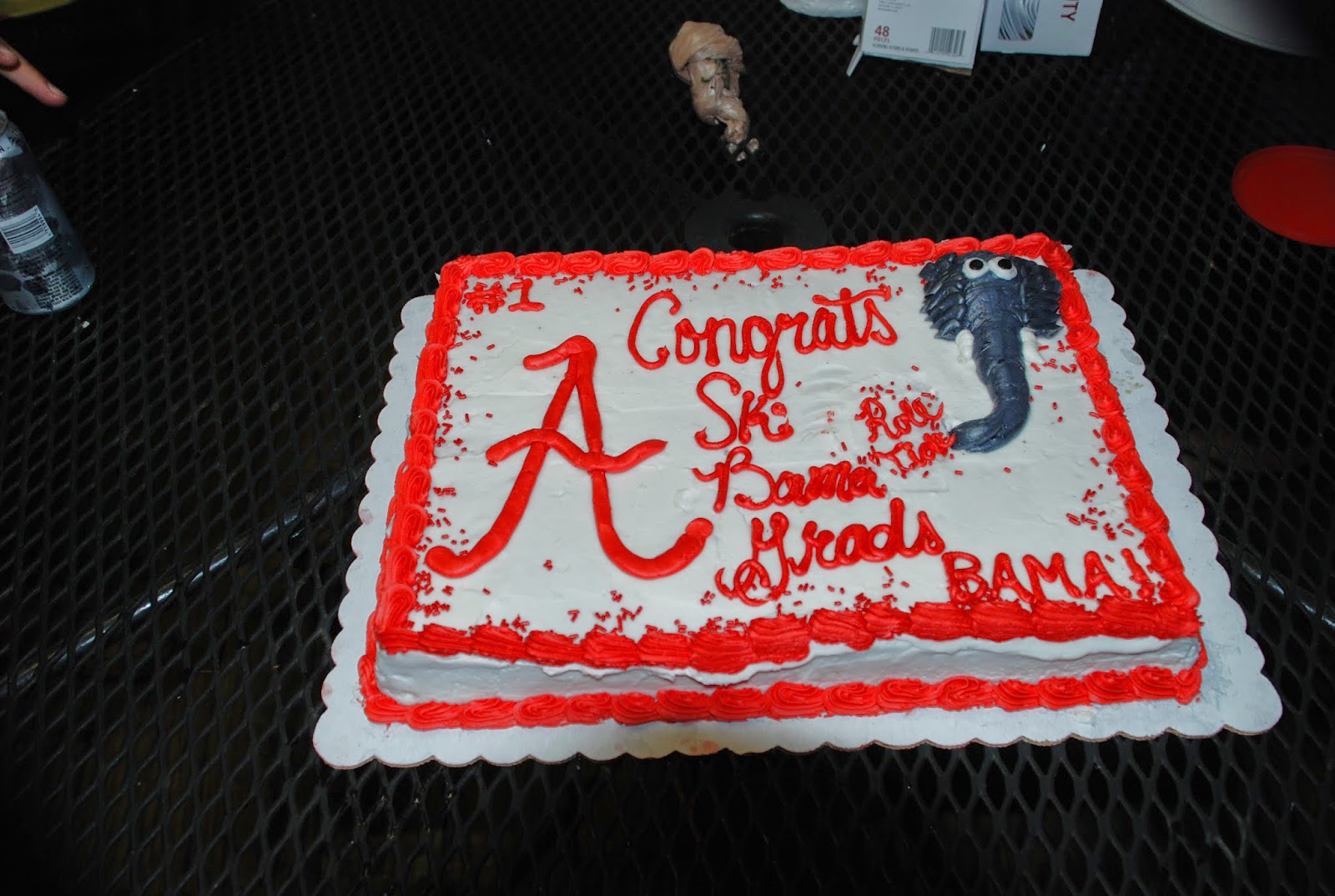 This is Justin's good friend Cat who also graduated.  She has a really cool opportunity starting soon too. 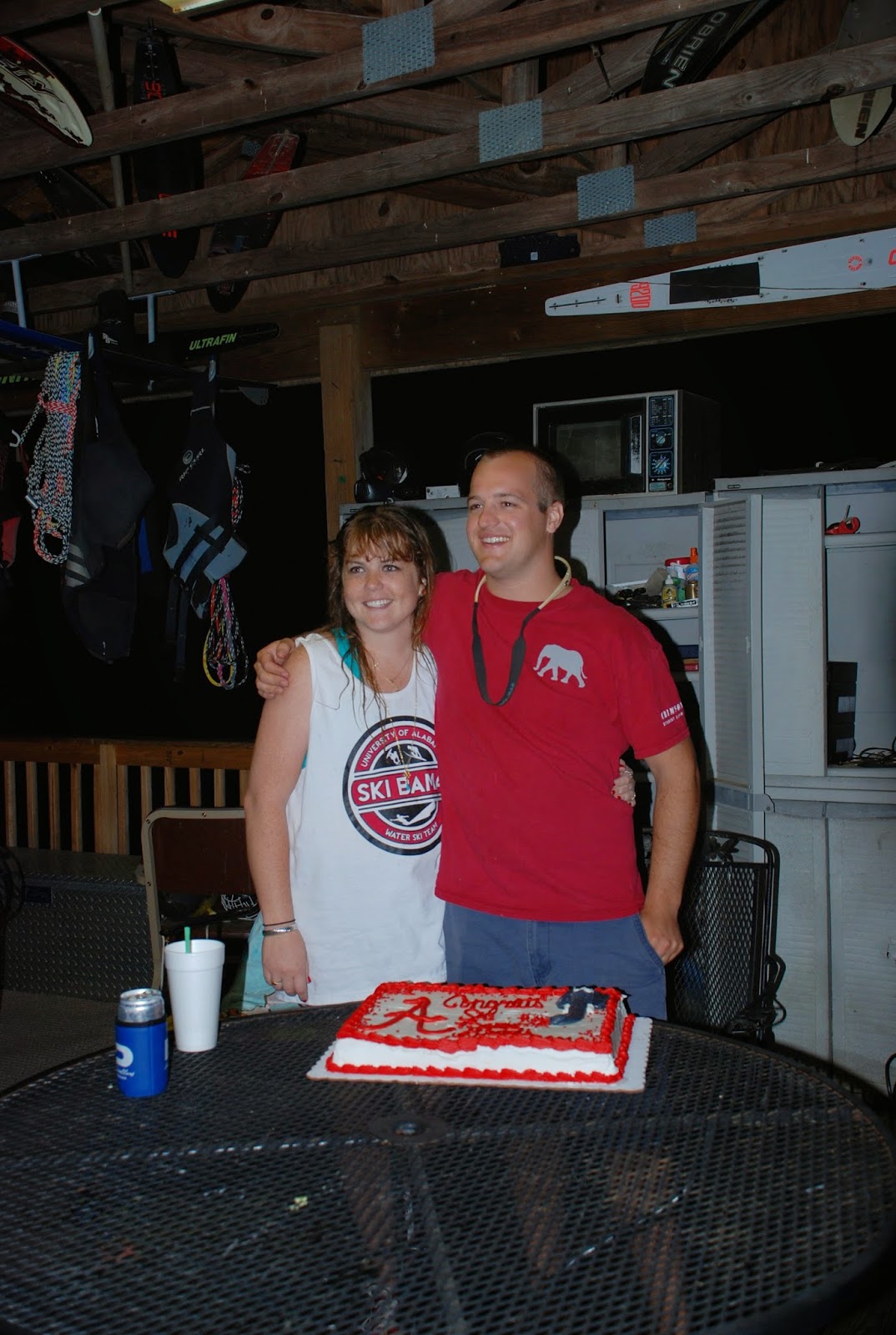 This is one of my favorite pictures from the weekend :-) 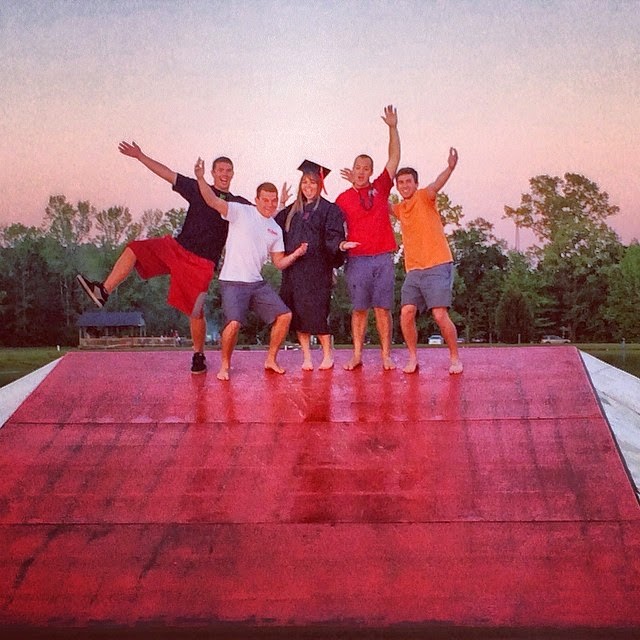