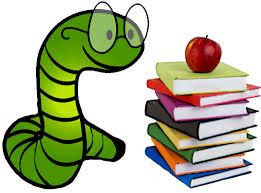 Today I finished reading "George Washington and the Secret Six: The Spy Ring That Saved the American Revolution" by Brian Kilmeade and Don Yeager.  I found it to be an interesting book.  Who knew that there was a spy ring that aided General Washington during the Revolutionary War?  I certainly did not!  I thought that the story was well researched, at least as well as it could have been.  Many of the spies of this ring kept their identity and involvement secret their entire lives so much of what has been learned about the Culper Ring was learned second hand from family members after their deaths.  Whenever possible, actual letters and communications were used in the telling this story.

I listened to the audio version of this book and I wish that I had actually read a print copy.  There were many dates, locations, and details that were cited that I had a hard time recounting.  Several times I wished I could have flipped back and reminded myself of some of the details.  That's hard to do when you're listening.  Brian Kilmeade was the narrator, and as much as I enjoy him, I don't think he was the right choice.  As much as it was obvious to me that he has a passion for this type of history, he just didn't come across to me as "telling a story".  It was more like he was reciting it.