It's been too long since I last posted but it hasn't been for lack of thought. I bet you'll know exactly what I mean when I say that I would often be doing something and think "I should blog about this" but then in worrying about taking the time to do it justice.... well, time just slips away and it never quite gets done. So I've decided to turn over a new leaf and be more committed to creating a great space here. To that point, I have decided to commit to NaBloPoMo for the month of November.  I hope you'll visit here often and leave me an occasional comment!

To start this off, let me tell you about a plan I have for Christmas this year.  I have a pretty good sized extended family.  Tom and I both have 3 siblings, and with that, several nieces and nephews.  A few years ago I decided to knit hats for everybody on my side of the family.  Instead of choosing a pattern and yarn for each person I decided to just knit a variety of styles in a variety of yarns.  I put them all in a big basket and then passed it around.  I told everyone that if there was something in there that they loved, it was theirs.  It was a BIG hit.  I've decided to do it again, but this time for Tom's side of the family.  Since my goal is to NOT be gift knitting like a crazy person in December, I decided to start early.

The first hat finished for the gift basket is An Unoriginal Hat by Stephanie Pearl-McPhee knit with Malabrigo Rasta.  The color is Porrinho and there are no words to describe how much I love this hat.  I'm seriously hoping that nobody will love it like I do and I'll be able to keep it for myself :-) 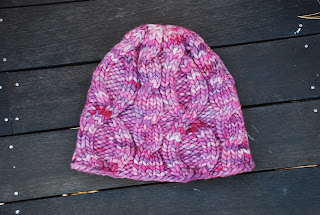 The next hat I finished is Declan's Hat by Samantha Kirby.  This is a free pattern and is extremely well written.  I used Ultra Alpaca for this and it practically knit itself!  Yummy yummy stuff and I might need a whole sweater in it! 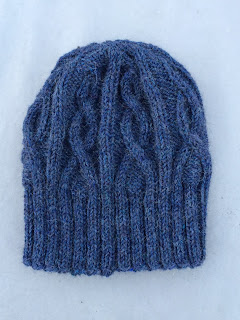 I also knit this Habitat by Jared Flood using Peace Fleece.  This one is not going into the gift basket.  I had already promised to knit a hat for my FIL after he made a very generous donation for me when I participated in the Avon 39 Walk to End Breast Cancer in May.  (Perfect example of "something I should blog about but never quite did") 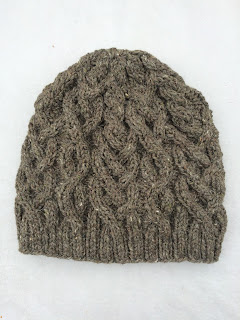 My hatpalooza has begun!  Do you have a favorite hat pattern?  I'd love to hear about it!
Posted by dianne at 3:17 PM